EDIT:
it seems that the ground truth camera param are correct since i used it with pmvs-2 and it did work fine. this is wiered

So the way you described it sounds good -- you create a scene with the script and run featurerecon. The script, however, is for Middlebury and not for Strecha datasets. You may have to adapt it a little.

Well because in Strecha fountain_p11 contain only 11 images i manually created a fountain_par.txt so I think Middelbury script will run fine and meta.ini. are correct the _umve_ run fine also if run it before _featurerecon_ it shows cameras with weird rotations when i run _featurerecon_ i get only 1000 and something point forming cone like shape. check the image below 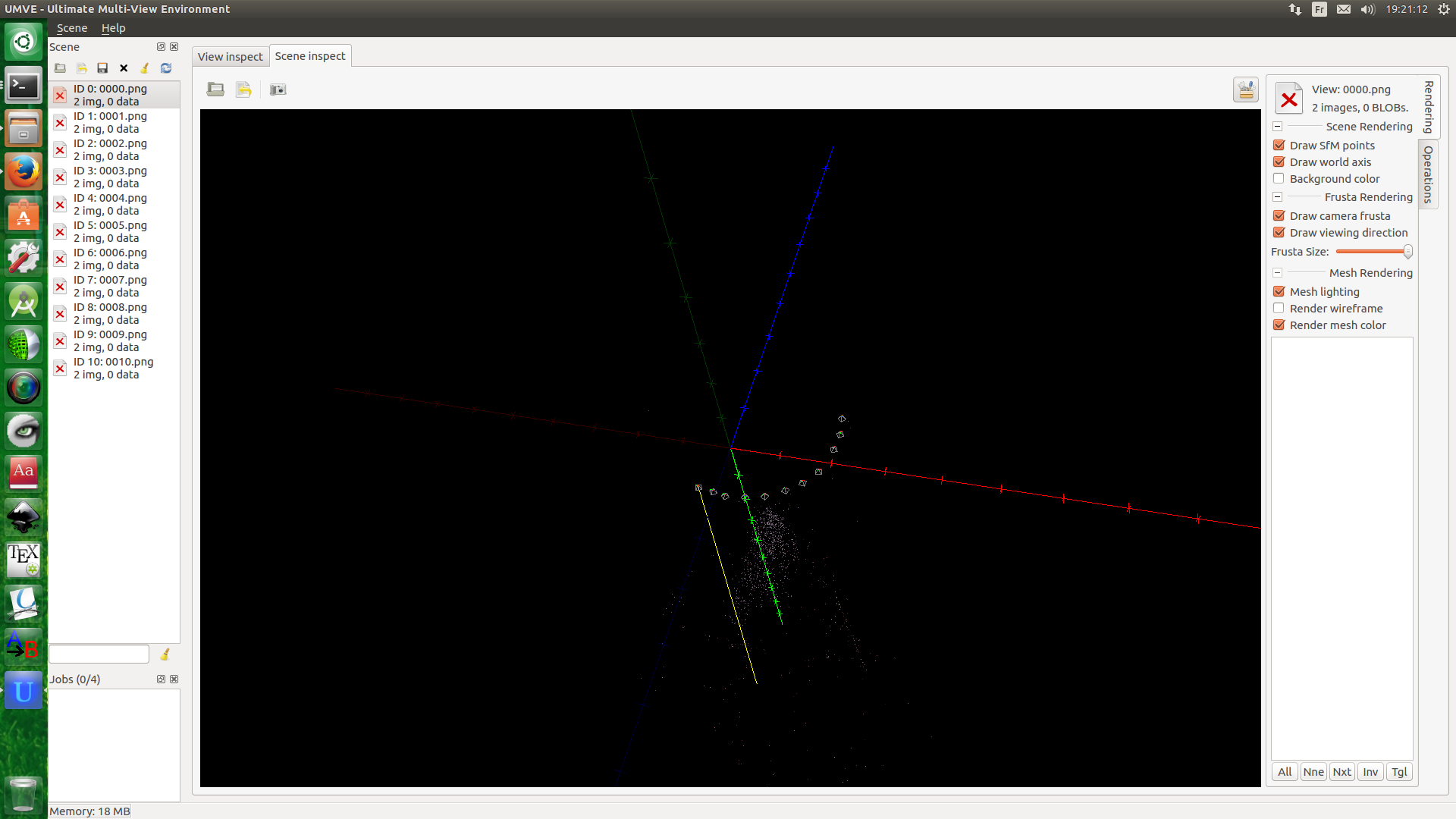 Also if you noticed Strecha give in his data set 2 files camera which contains K , R , T. and another file called P which contains the projection matrix if take I compute p = K*[R|t] i get a matrix simlar to the one in the P file with one column diffrent check image blow. 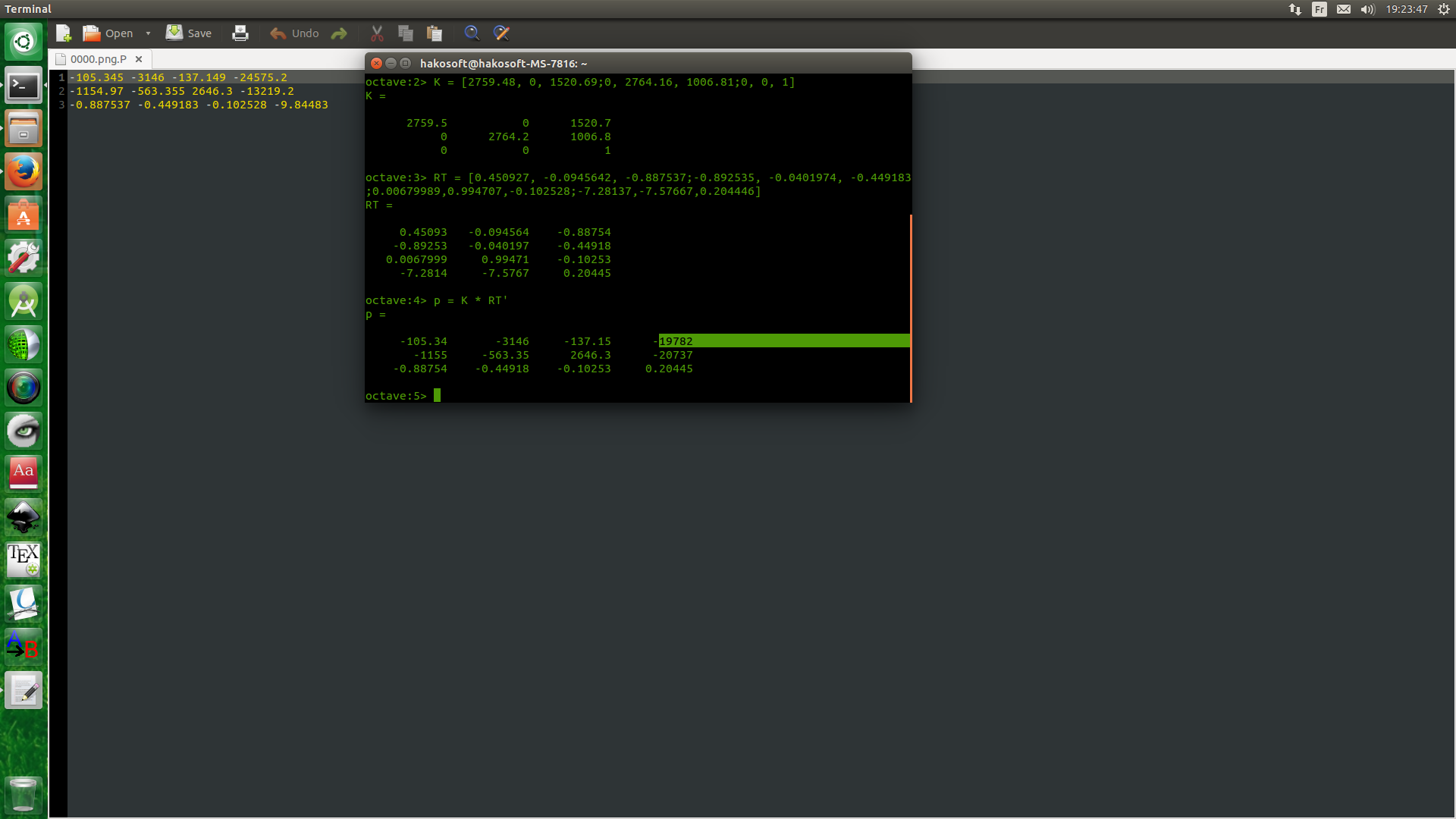 It's difficult to see from the image what is wrong. If you get features in a cone-like shape, some of the camera parameters are probably wrong. May be the cameras are inverted? You math in the second screenshot looks wrong to me. Shouldn't RT have all zeros in the last row, with a one in the bottom right corner?

the math is correct according to pinhole camera model R is 3x3 t is 3x1 and k is 3x3 why should i augement RT by row. i mean you can augment the projection p if you want to do some homogenous transformation.
Also i just checked on the net i found out that Strecha compute his projection P like this : p = k * [R^T |-R^T t]
the "^T" means transpose but i don't get this.
back to the problem :
fountain_par.txt here is the file you can try run script and featurerecon on it your self if you have time. i think the camera parameters given in the dataset are wrong or they are not compatible with MVE and SMVS

Maybe someone on the team has time to look into this, I don't. @nmoehrle, @flanggut?

Thank you. also i found out that all Strecha datasets even new ones in here : https://cvlab.epfl.ch/data/strechamvs do not work either so this role the assumption that the camera param are wrong and lead me to believe that the ground truth camera param are somehow not compatible with MVE and SMVS

When I look at the screenshot of UMVE I can see that the Rotations are incorrect, the views are supposed to form a arc looking towards the center. When I experimented with strecha I had my own conversion scripts and since they are written in python I didn't try to integrate them into MVE. Can you show me the script that you used to convert the camera parameters, or give a link? 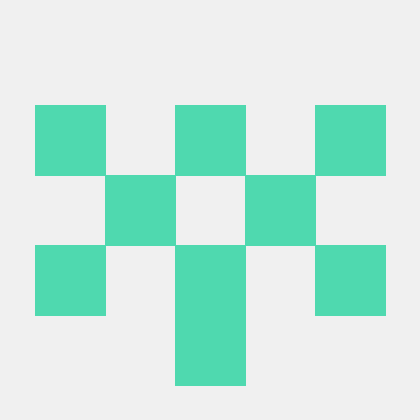 @simonfuhrmann here the meta file
meta.txt
@nmoehrle well i used this: https://github.com/simonfuhrmann/mve/wiki/Middlebury-Datasets to get camera parameters.
and yes i didn't (t = -R * c) so i thought that Strecha gives you the translation vector t what confused me is that Stesha in the readme file say p = k * [R^T |-R^T t] if he just replaced t by c -_- . i will try to use this information and see what it gives

The .camera files have a entirely different structure:

@nmoehrle yes yes i'm aware of that i manually created a file fountain_par.txt from .camera for 11 image (lazy to write my own parser) the only thing i didn't consider is (t = -R * c) i used c given in .camera as t. i will fixe this later and post the results

@nmoehrle well i think the problem solved thanx to you 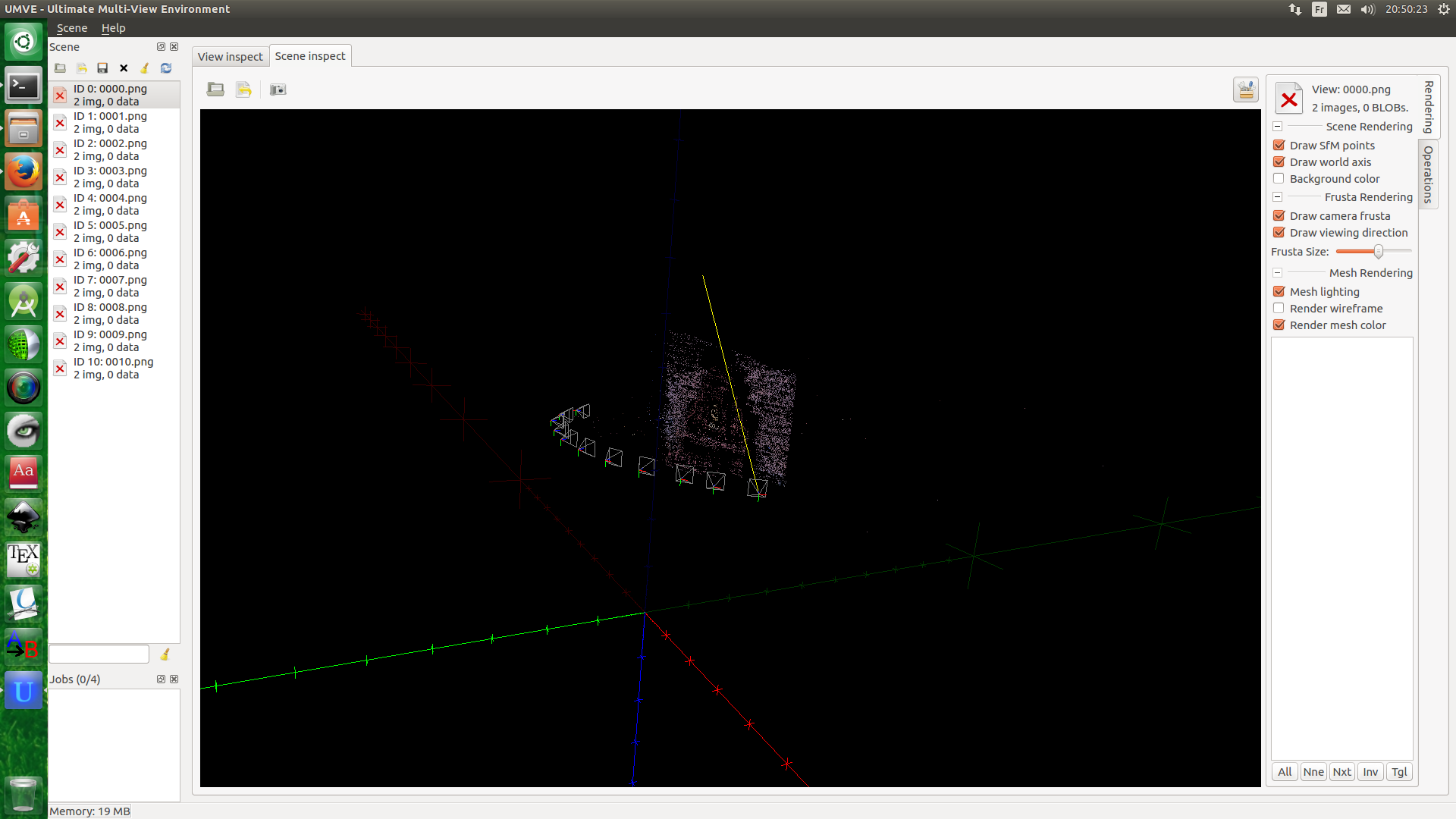 MaxDidIt  ·  30Comments
How to replace sfm?

daleydeng  ·  8Comments
Too many files open 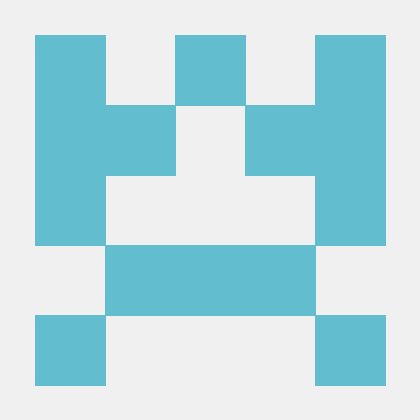